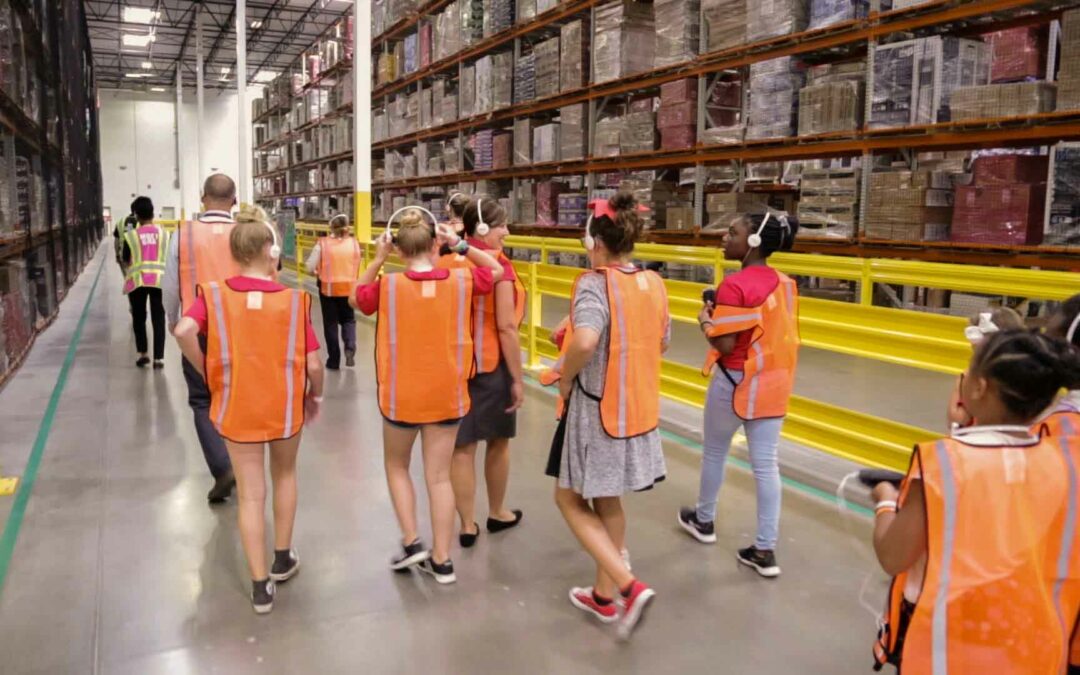 As part of Amazon’s Grand Opening Ceremony for the Jefferson, GA Fulfillment Center, Amazon donated $50,000 worth of equipment for STEAM Education to West Jackson Elementary School.  Governor Nathan Deal spoke at the ceremony and thanked Amazon for the contribution to Jackson County’s education and also for the 1,000 jobs that Amazon’s new Fulfillment Center will create.

Following the ceremony guests were treated to a tour of the warehouse so they could get a firsthand look at how Amazon moves so many packages so quickly.  Students from West Jackson Elementary School attended the event to receive the donation and were able to take the tour.

UPDATE, May 10, 2019:  Amazon’s Jefferson, GA Fulfillment Center has continued to be engaged with local education.  In May 2019, Amazon staff hosted a STEM Engineering Challenge at Jefferson Middle Schools and donated $10,000 worth of STEAM education equipment.  See what else Amazon has been up to in Jackson County, GA >>